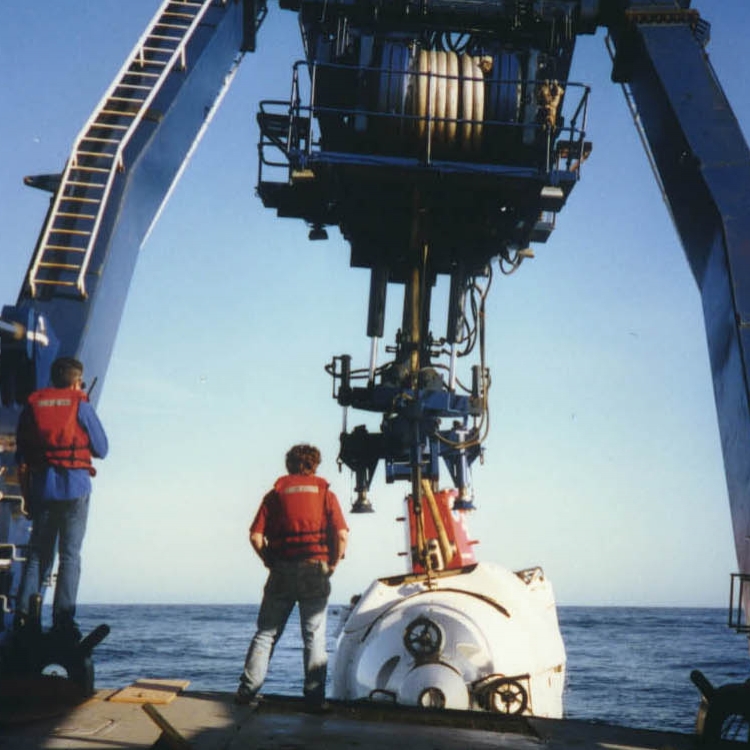 In 1977, scientists diving in the submersible Alvin on the Galapagos Ridge made a fantastic discovery: springs of warm water emerging from the ocean floor where water temperatures are near freezing, and an abundance of life in what was previously considered a desert. Two years later, predictions they made from the Galapagos dives led them to an even more amazing sight. On the East Pacific Rise off the coast of Mexico, more than a mile and a half below the ocean surface, hot springs exited the ocean floor at more than 350°C — hot enough to melt lead — spewing what looked like black smoke from “chimneys” composed of glittering minerals. Fantastic new life forms were discovered at these vents, in an ecosystem that seemed to be completely independent of photosynthesis at the Earth’s surface. Over twenty years later, we know these hydrothermal vents to occur all along the length of the mid-ocean ridge, a globe-encircling volcanic mountain chain that marks where the Earth’s tectonic plates move apart. In this lecture we will cover the story of exploration of the seafloor and the discovery of hydrothermal vents, what we know of them today, and some of the fascinating questions that remain. 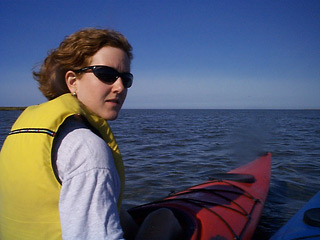 Henrietta N. Edmonds is a Research Scientist at the Marine Science Institute and an Assistant Professor in the Department of Marine Science of The University of Texas at Austin, located on the gulf coast in Port Aransas. She received her B.S. in chemistry from Yale University in 1991 and her Ph.D. in oceanography from the Massachusetts Institute of Technology/Woods Hole Oceanographic Institution Joint Program in Oceanography & Applied Ocean Science and Engineering in 1997. She did postdoctoral research at the Graduate School of Oceanography (University of Rhode Island) and the Southampton Oceanography Centre in the United Kingdom before joining the faculty at UT in 1999. Her research covers two major topics: the use of natural chemical tracers to study ocean circulation (primarily in the Arctic and North Atlantic Oceans), and mid-ocean ridge hydrothermal systems. She has participated in nine oceanographic research cruises and has made five dives in deep submersibles to hydrothermal vents. She has published eight papers in scientific journals and has been asked to contribute an article to the forthcoming Encyclopedia of Ocean Sciences. She teaches undergraduate courses in Marine Chemistry and Marine Geology as well as graduate courses in the Department of Marine Science.