Professor and J. Nalle Gregory Regents Professor in Geological Sciences
The University of Texas at Austin

The science of paleontology is 300 years old, and even today it fundamentally relies on the discovery of new fossils. The last decade has seen an unprecedented burst of discovery that includes feathered dinosaurs and mammals that eat dinosaurs. Equally important to paleontology has been an unprecedented blossoming of digital technologies that allow us to understand the new fossils in ways never before possible, and to squeeze even more information from the fossils that were collected decades or centuries ago. Chief among these is the CT scanner, which allows paleontologists to non-destructively explore the insides of fossils, and the Internet, which makes this new information available to the world. CT scanning has been especially important in giving us an idea about the brains and minds of dinosaurs, and their living avian descendents. The new discoveries are only strengthening our understanding of the dinosaurian nature of living birds. And the new technologies are also strengthening perceptions of some of the darker sides of human nature, by showing fraud and forgery among some of the new discoveries. This lecture shares the new dinosaur discoveries and new tools, and shows how the field of forensics has found a place in paleontology. 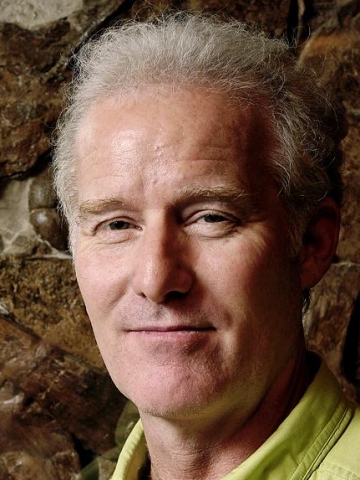 Dr. Rowe’s primary research focuses on the evolution and development of the vertebrate skeleton. In this work, Dr. Rowe uses phylogenetic systematics to study the evolution of skeletal form as well as the evolution of skeletal development in the ontogeny of living species. This work is directed mostly at the early history of mammals and their extinct relatives among Synapsida, and on the history of birds and their extinct relatives among Dinosauria, and on other amniotes. An important tool for this research is high-resolution X-ray computed tomography, which has become a secondary research focus. This breakthrough technology permits the non-destructive inspection of internal structure in even the smallest and most delicate of vertebrate specimens. In collaborative research with scientist from many countries, Dr. Rowe is scanning and studying the anatomy of some of the world’s most significant fossils. An interest in publishing these exquisite digital datasets has also carried him into the realm of informatics. Tim maintains an active program in field paleontology that explores Mesozoic terrestrial sediments of Texas and the American Southwest.