Third C. E. Yager Professor of Geology
The University of Texas at Austin

As you travel along Texas highways or hike through state or federal parks, do you wonder why there are different rocks in different areas? Or if an area has always looked like it does now? Or why certain mineral resources like oil are produced in certain parts of the state? Geology is the study of the nature and origin of the Earth, including the processes that have created it over long periods of time. Geologists use modern environments and processes to help interpret the Earth’s history as recorded by ancient rocks. Climate has major effects on the formation of many sedimentary rock types; therefore, local and global climatic environments are recorded in the rocks. Understanding the processes and rates of movement of the Earth’s plates allows reconstruction of the relative plate positions at different times in Earth history. Geologic history of Texas is recorded in the rocks that are exposed throughout the state and fill the many subsurface sedimentary basins. These rocks document a changing land surface that began more than a billion years ago. Texas has been the site of explosive volcanoes, strong earthquakes, major mountain ranges, vast deserts, evaporating salt basins, tropical forests, river and delta systems, tropical seas and barrier reefs, and beaches and barrier islands. Erosion of highlands filled subsiding sedimentary basins and adjacent continental margins. Colliding plates deformed, metamorphosed, and uplifted these materials to complete the rock cycle. Texas’ abundant and varied mineral resources (oil, natural gas, coal, uranium, metals, groundwater, limestone, salt, gypsum, clays, and soils) are products of these geologic events. 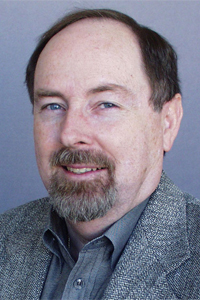 Dr. Richard Kyle is the Third C. E. Yager Professor of Geology at The University of Texas at Austin. He received a Ph. D. from the University of Western Ontario and worked as a minerals exploration geologist for several companies prior to joining the UT faculty in 1978. Kyle is the author of more than 75 publications, including writing or editing six books. His research contributions have been recognized by awards from regional and national professional societies. Professor Kyle is the Editor of Ore Geology Reviews, an international economic geology journal. His teaching responsibilities and research interests include Texas geology, ore deposits geology and geochemistry, minerals exploration, industrial minerals, and multimedia approaches to geoscience education. He has received departmental and college awards for teaching, program development, and student advising. Since 1988, Kyle has taught a non-majors course on the Geology and Mineral Resources of Texas.