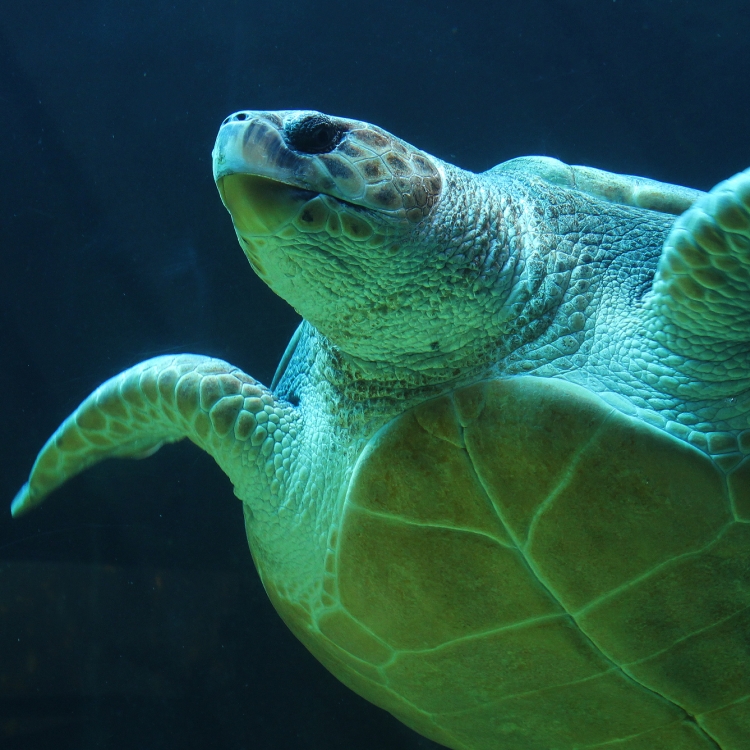 With magnificent images from the oceans of three continents and evocative readings from Carl Safina’s new book, Voyage of the Turtle is a global journey. Together, we pursue Earth’s last warm-blooded monster reptile, the skin-covered Leatherback Turtle. The Leatherback has seen dinosaurs come and go and is the closest thing we have to a last-living dinosaur. Imagine an 800-pound turtle and you’ve just envisioned merely an average female Leatherback; they can weigh over a ton.

From tropical New Guinea jungle beaches to chilly waters off Newfoundland, we come face-to-face with animals, villagers, fishermen, and researchers living entwined lives. We let these co-existing creatures and people speak to us about how the oceans are changing and what it means for animals and us. We explore the importance of sea turtles to humans. We learn of ancient peoples who believed – and we meet some who still believe – that Earth was created by, and rests upon, a great turtle.

Along the way, we experience the vast oceanic realm that is the sea turtles’ theater of life; how sea turtles evolved and outlived the dinosaurs, how they grow, migrate thousands of miles from feeding to breeding areas. We learn how the Leatherback can warm its body and achieve diving depths approaching a mile while holding its breath.

Throughout our travels, we explore a curious fact: that in the Pacific, sea turtles are careening toward extinction, while in the Atlantic sea turtle recovery is the mode. In the Pacific, the Leatherback – the majestic centerpiece of our narrative – has declined 95 percent during just the last two decades. By contrast, in the Atlantic the Leatherback is increasing, with some populations growing exponentially. We learn why, what is working and what is failing, and what can be done. The mighty Leatherback’s inspiring Atlantic comeback lets us envision its long-term survival.

Dr. Carl Safina grew up by the sea and learned from an early age to love the ocean and its creatures. His scientific study of seabirds and fish led to a doctorate of Ecology from Rutgers University and a life dedicated to saving the oceans. Dr. Safina’s books include Song for the Blue Ocean and Eye of the Albatross. His conservation work has been profiled in The New York Times, on Nightline and in the Bill Moyer’s television special Earth on Edge.  A recipient of the Lannan Literary Award, the John Burroughs Writers Medal and fellowships from the Pew and MacArthur foundations and the World Wildlife Fund, he is founding president of Safina Center (previously known as the Blue Ocean Institute) which seeks to inspire a closer relationship with the sea.